From new school launches  to executive appointments, catch up with the latest from Esol Education. You may also like to download STRIDES, our official newsletter, or visit our School News section for the latest happenings across our schools.

<Back to News
A Tale as Old as Time 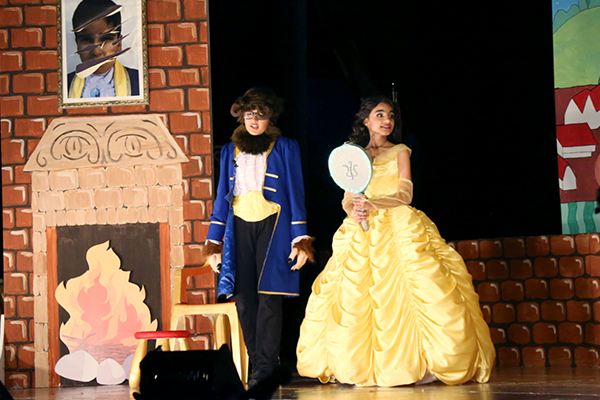 In March, Grade 4 and 5 AISA students staged the seventh annual Elementary Musical, a lavish performance of Disney’s Beauty and the Beast Jr., with amazing sets, detailed props, and stunning costumes. A cast of dedicated teachers and students spent three, four and, sometimes, five days a week in preparation for the big show. For the first time ever, the cast performed three shows – two matinees and an evening showing – for a total of almost 1,000 audience members! Another first was that the lead female role of Belle was played by an Emirati student. It was an exhilarating experience for all involved, and for several students, it was their first time on stage.