Whether they are exploring new teaching methods, organizing community service projects or participating in international sporting events, students across Esol Education schools are always up to something exciting! Browse through these articles, or download STRIDES, our official newsletter, for in depth coverage of the latest happenings at our schools.

<Back to News
CES Animates 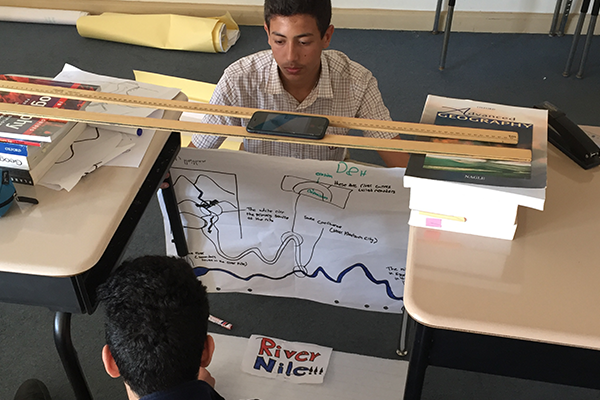 When Michael Dixon, Geography Teacher at CES saw the “RSA Animates” version of the famous Dr. Ken Livingston video about changing education paradigms, he thought, “Wouldn’t it be great if my students could summarize a topic and animate it in one take?” Inspired by the idea, he turned to his Year 9 Geography IGCSE students, giving them three lessons and the associated independent study time to produce a two-minute hand drawn animation and then a voiceover to explain the process they had drawn. The topic? An Egyptian Geography classic: “The River Nile, from Source to Mouth.” He reports that the students took to the task like ducks to water. “They were able to use slow-motion animation, develop video editing skills and do things with iPads that I did not think were possible! On top of that, they really did engage with the process. Have you heard of ‘flow’? Well my students were there. They came to my classroom at lunch times, created drafts, re-edited and finalized their work.” He found that each group created a video that summarized the topic better than he could possibly imagine. “What happened to that kid who lacks effort and scrapes C-grades? If this was an exam, he would have had an A*, and I think this is testament enough to the power of diversification in the classroom.”